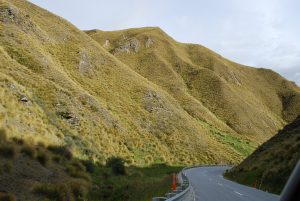 Drink Driving Offences (also referred to as ‘PCA’ (Prescribed Concentration of Alcohol) offences) fall into different categories depending on the degree of alcohol present. The penalties imposed by the Courts range significantly depending on the type of drink driving offence, the accused person’s driving history and subjective and objective features of the person and offence.

Any persons caught driving a motor vehicle with a reading above the prescribed concentration of alcohol for their applicable licence are committing an offence. If convicted they will receive a criminal record in addition to the penalty imposed.

If you have been charged or know somebody that has been charged with one of more of these types of offences, contact D M S Lawyers so we can assist you or the person you know through the Court process.

The offences of driving over the prescribed concentration of alcohol, driving whilst present in your blood, urine or oral fluid certain specific drugs or drive under the influence of alcohol or other drugs are now found in the Roads Transport Act 2013.

There are a number of offences for driving whilst under the influence of drugs, driving whilst certain specified drugs are present in your urine, oral fluid or blood or if you fail to comply with a request for a drug test.

An offence of drug driving can carry gaol sentences, fines and lengthy periods of disqualification. 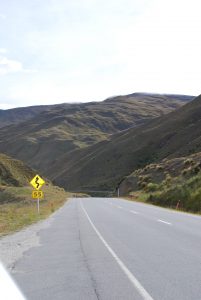 The legislation also categorises offences into either a “first” offence or a “second and subsequent offence”. The legislation in some cases may impose a different definition of “second offence” to a specific offence although generally a person is guilty of a second or subsequent offence of that person has been convicted of what is called a “major offence” within the last five years.

There are significant penalties and disqualifications that arise from committing alcohol or drug related driving offences.

The following are some of the types of offences and the penalties set out by the relevant legislation that the Courts can impose for driving under the influence of alcohol or drugs, driving exceeding the prescribed concentration of alcohol or driving whilst present in your urine, blood or oral fluids specific drugs.

The police have the power to conduct a breath test. If a positive test result is proved the police can then arrest that person and take them to a local police station for the purposes of a breath test analysis. Such analysis must take place within two hours of the driving event leading to the positive breath test.  The person arrested may request the police officer to arrange for a medical practitioner to take a blood sample for future analysis, provided the costs are met by that person. The person is still required to perform the breath analysis even if a blood test is requested or performed.

On 1 February, 2015 the law changed that imposed a mandatory obligation on Magistrates when sentencing for drink driving offences to impose what is called “interlock” conditions.

Essentially the interlock program applies to all drivers who are convicted of high range prescribed concentration of alcohol (PCA) offences, persons convicted of repeat PCA offences, and other serious drink driving type offences.

If the offender fails to participate in the program then they may be disqualified from driving for a period of five years from the date of the Court conviction.

Presence of certain drugs in blood, urine or oral fluid

There are a number of offences falling into this category where it is an offence to either drive a vehicle, occupy the drivers seat or attempt to put a vehicle in motion or be in the front passenger seat whilst a Learner driver attempts to put the vehicle in motion. Such offences include:-

This offence applies to driving whilst present in your blood, urine or oral fluid sample any of the following drugs:-

Drive with presence of morphine or cocaine in urine or blood

Drive under the influence of drugs or alcohol

Like the other alcohol and driving offences this offence applies to persons whilst under the influence of alcohol or drugs who drive, attempt to drive or put a vehicle in motion, sit in the drivers seat or occupy the seat next to a learner driver doing any of the above.

COMMON ALCOHOL, PRESCRIBED CONCENTRATION OF ALCOHOL (PCA), SPECIFIC DRUG AND DRIVING UNDER THE INLUENCE OF DRUGS (OR ALCOHOL) OFFENCES

Novice Range PCA offences – (concentration of more than zero grams, but less than 0.02 grams, of alcohol in 210 litres of breath or 100 millilitres of blood)

Whilst the definition of Novice Range Driver includes other types of specified drivers, this range most commonly includes persons who hold (or no longer hold because of suspension, disqualification of cancellation of the licence) an applicable learner licence, applicable provisional licence or applicable interlock driver licence or for persons who have never obtained an applicable drivers licence.

Special Range PCA offences – (concentration of 0.02 grams or more, but less than 0.05 grams, of alcohol in 210 litres of breath or 100 millilitres of blood)

These types of offences also apply to persons holding (or have ceased to hold because of suspension, disqualification or cancellation) a learners permit or a P1 or P2 drivers licence and interlock drivers. In addition to learner and provisional licence holders, the special range category applies to drivers that are at the time of driving disqualified, suspended, have never held an applicable licence or whose licence has expired more than six months prior.

In addition to the above a person may fall within the special Range PCA category of driver if any of the following is applicable: –

These types of offences apply to all drivers of motor vehicles, if the low range prescribed concentration of alcohol is present in the driver at the time of driving, regardless of the type of licence that is held.

These types of offences apply to all drivers of motor vehicles, if the mid range prescribed concentration of alcohol is present in the driver at the time of driving, regardless of the type of licence that is held.

Mid Range PCA offences can attract a period of imprisonment as a maximum penalty, in addition to any disqualification imposed.

High Range PCA offences – (concentration of 0.08 grams or more, but less than 0.15 grams, of alcohol in 210 litres of breath or 100 millilitres of blood

These types of offences apply to all drivers of motor vehicles, if the mid range prescribed concentration of alcohol is present in the driver at the time of driving, regardless of the type of licence that is held.

High Range PCA offences can attract a period of imprisonment as a maximum penalty, in addition to any disqualification imposed.

Refuse breath analysis and refuse to submit to a drug Test

It can be an offence to refuse to submit to a breath analysis or drug test.

Any person who aids and abets a person committing a drink driving offence may be guilty of an offence. Some circumstances where this may exist include a person providing the keys to a motor vehicle to an intoxicated person, where that person knows the other person to be intoxicated and that they are going to drive their car. A person charged with this offence may be liable to receive the same penalty and charge if found guilty as the offence for which the intoxicated person is charged.

D M S Lawyers focus is on providing an individual approach to the provision of legal services within the Illawarra and the St George / Sutherland Shire.