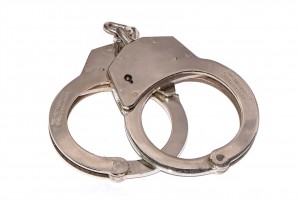 Being charged with a criminal offence can be a very daunting experience for the person charged and their family. It is important that when facing such serious matters that you are looked after by someone who has experience in understanding your worries and with the legal knowledge to get you through this trying time.

David Schier has over 20 years of experience as a legal practitioner in the area of Criminal law having represented persons in the Childrens Court, Local Courts, District Court and Supreme Court of NSW.

At D M S Lawyers, we can assist you in a wide range of criminal offences in Local, District and Supreme Court including: –

An Apprehended Personal Violence Order (AVO) or Apprehended Domestic Violence Order (ADVO) is not a criminal offence. It is an order by the Court that states that a person is prohibited from doing certain things to another person. There are always mandatory orders which include not to assault, molest, threaten, harass, stalk and intimidate a person or any person having a domestic relationship with the protected person. Other orders may prohibit contacting a person, going within a certain distance of a home, work or place, not damage property and several other orders.

Whilst an AVO is not a criminal offence in itself, there are certain consequences of an AVO. An example is that if you have an AVO you may not be permitted to hold a firearms licence for a period of 10 years following the expiry of the order. There may also be other workplace and social restrictions on persons who have an AVO.

It is however a criminal offence if you breach a condition of the AVO and you may find yourself charged with not only a breach of the AVO but also a further substantive criminal charge for the actual act that led to the breach. A breach of an AVO is viewed as serious offence by the Court and can often carry a sentence of imprisonment.

The penalties that a Court can impose for a criminal offence vary depending on the criminal offence charged, the seriousness of the circumstances of the offence and whether there are any aggravating factors, a person’s character, the need for general deterrence of a particular criminal activity, the need to denounce the conduct to the Community, rehabilitation prospects, mental health to name a few.

Apart from very serious crimes, Children have different sentencing laws to adults. There is a range of options available to Childrens Magistrates that are not available for adult offenders (or in driving matters persons over 16). Importantly, Childrens Magistrates have an option in many offences to not record a criminal conviction. Magistrates when sentencing children can send Children to Youth Justice Conferencing, release them on a caution, place them on a good behavior bond, place them on a probation order, sentence them to Community Service or to a term of imprisonment (called a Control Order).

The Court can in certain circumstances decide to dismiss a matter even if you have pleaded guilty or been found guilty. The Court in exercising this discretion may decide to place you on a good behavior bond for a period of time with specified conditions which would include not to commit any criminal offences within the period of the bond. If the Court dismisses the matter pursuant to section 10 you do not receive a criminal conviction.

A sentence of Community Service is an alternative to a form of full time imprisonment. The Court on sentencing will specify the number of hours that is required to be completed. It may include an order to attend a specific program run through Corrective Services or to attend a driving program. If you fail to attend the Community Service, you can be breached and as a result spend time in custody.

A suspended sentence is a good behavior bond that you are required to enter into for the duration of the gaol sentence that the Court imposes. It is only available if the Court is of the view that there is no other option other than a period of imprisonment. The Court then may decide to suspend the operation of the gaol sentence if you enter into and abide by the conditions of the bond. Failure to strictly adhere to the conditions of the bond, including the commission of a criminal offence in the term of the bond, will most likely mean that you will serve the original term of imprisonment.

In the event the Court is of the view that a sentence of imprisonment is an appropriate sentence, the Court can consider an Intensive Corrections Order instead of sending you to gaol. An Intensive Corrections Order has a number of strict conditions that affect what you can do in society and has requirements of Community Service and other conditions that you must abide by. In order for this sentence to be available you must be assessed by Probation and Parole and be deemed suitable by the Court.

In the event the Court deems that no other sentencing alternative is appropriate the Court can sentence you to a term of imprisonment for those offences where imprisonment is an option. Whilst some offences carry lengthy maximum sentence periods, if the matter is proceeding in the Local Court, the Local Court is limited by the length of the gaol sentence it can impose.

D M S Lawyers focus is on providing an individual approach to the provision of legal services within the Illawarra and the St George / Sutherland Shire.